The diversity of life on Earth is amazing, and just as species have evolved all sorts of interesting physical adaptations to cope with their surroundings, so have they evolved a dazzling array of life histories (patterns of birth, growth, reproduction and survival rates) that allow individuals to pass on their genes to future generations. And as it turns out, a subset of these life histories may confer an additional benefit: an inherent ability to establish new populations.

In a paper recently accepted in Journal of Ecology, we harnessed the power of the COMPADRE Plant Matrix Database to ask the question: “which plant life histories should be the best invaders?” The process of biological invasion is devilishly complicated, involving many phases occurring at different scales. We focused our attention on the early part of the establishment phase, when a new population has just taken root with only a few colonizers and is easily wiped out. Early on, small invading populations are strongly affected by the vagaries of chance events known as “demographic stochasticity”. We used computer simulations of plant population models for 105 species to see which populations, starting as seeds, were best able to persist while dealing with these chance events.

We found that life histories that 1) avoid short-term declines in abundance (e.g., by maintaining high seed and seedling survival, and rapidly reaching maturity) and 2) grow rapidly over the long-term were best able to cope with demographic stochasticity. Our most interesting finding, however, was that species capable of producing many seeds are especially good invaders because they have disproportionately favorable short-term and long-term population growth rates. This may help explain why species that escape their native ranges and become truly “invasive” generally have high fecundity: they are especially good at coping with chance events and avoiding extinction. 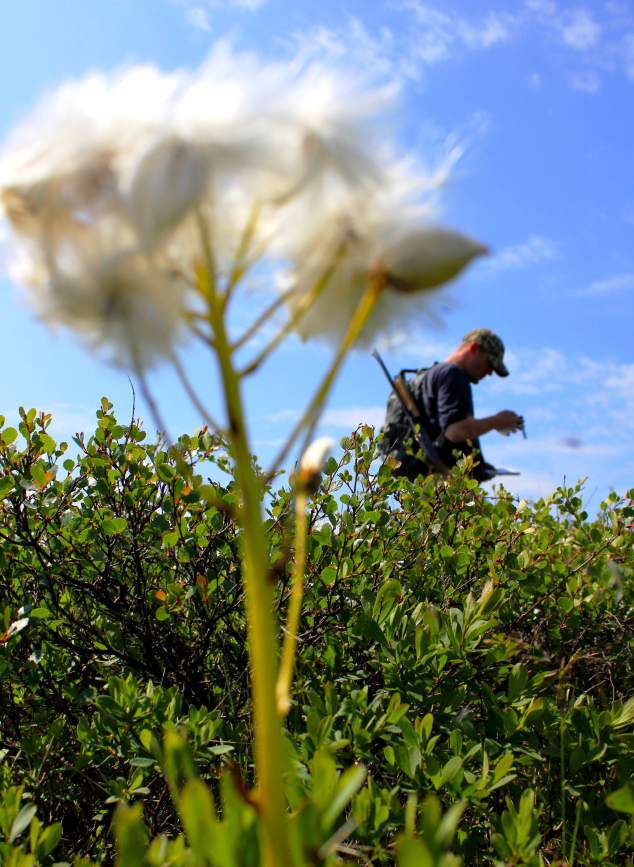 Dave Iles in the field. He is a PhD candidate at Utah State University, and lead author of a recent publication in Journal of Ecology using COMPADRE to explore life history traits that pose plant species more likely to establish successful invasions

Of course, there remains much more to be learned about the demography of invasive species and of the invasion process in general – for example, our predictions need to be tested by directly comparing invasive and non-invasive species, both in their native and invasive ranges. Open access data, like that in the COMPADRE and COMADRE databases, will almost certainly play an important role in future discoveries. Free and instant access to massive online data repositories will greatly speed up the rate at which exciting questions can be addressed. Open access also guarantees that many other researchers will be familiar with the ins and outs of the data used in analyses, improving the overall quality of research and peer review. I will certainly use open access data again (and likely the COMPADRE/COMADRE databases themselves), and am excited to see what other insights will be gained from these incredible sources of information.